Some of my fondest memories of growing up include hanging out at the Fond du Lac County fair. When I was young I worked on area farms and I raised rabbits myself. Many of my friends lived on farms. I grew up in the country and even my high school class only had about 45 people in it. I guess you could say everyone knew everyone else. At any rate, the fair was really the highlight of summer. So much to do and so many things to see. My farm friends were often at the fair all week tending to their livestock. I tried to get out there everyday and have fun. The midway was always a fun place to hang out. At that time the midway games had the customary stuffed bananas and the like--but rock n roll reigned supreme and there were game stands that had rock band mirrors starting with small ones and then working up in size. Getting the big 12" x 12" Def Leppard mirror was a great feat that required a good deal of pocket change and many popped balloons! I don't know if they are around anywhere yet but I think I had the Van Halen 1984 mirror at one point and maybe some Iron Maiden mirrors. Remember the Van Halen cover? The baby with angel wings was smoking a cigarette. Those were some pretty cool prizes back in my day!

If the rock mirrors were not enough every ride had music blaring out of huge speakers: Motley Crue, Dio, you name it. So hanging out on the midway was a slice of heaven for a kid growing up countryside in the 80s. I suppose that influences me still and why it is I think the Rock County 4H Fair is a "must attend" event each summer. Things are different than my childhood, to be sure. The mirrors are gone. The rock music is replaced with God knows what. But some of the same elements are still in place--and should never be overlooked. Moving past the grandstand entertainment and endless sources of calories; go back to the barns. The barns are filled with cows, goats, sheep, swine, rabbits, poultry, and, most importantly, the tradition of youth growing up on farms and displaying their achievements for all to see. These kids work very hard raising their animals and then showing them during the various rounds of competition during fair week. Several years ago I spent quite a bit of time trying to photograph all of the activities, including the animal judging. I shared the photos via online gallery and made them available for purchase. I made some sales but honestly, the whole endeavor was a business failure. Nevertheless, I enjoyed watching these kids compete in competition after competition showing their animals. Over the course of the week I started to recognize the names. 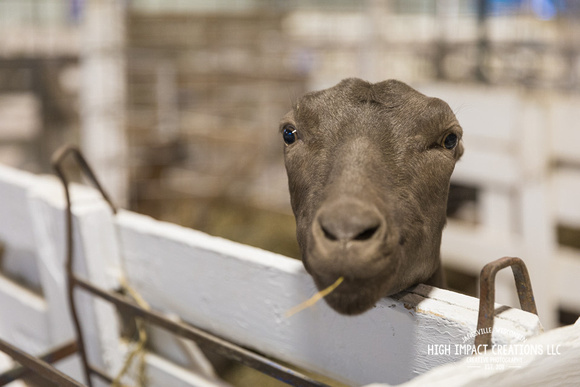 Towards the end of the fair, on Saturday morning, one of the kids died in a tragic auto accident. The day before he had earned the highest award for his pig and the pig's pen in the swine barn quickly became a shrine of condolences. Largely unseen by the general public was the memorial service quickly put together in the fairground's dooryard, heavily attended by everyone involved with the 4-H and agriculture aspects of the fair. I had taken photos of the pig auction the day before, which included this kid, his pig, and the new buyers. Perhaps this was the last photo taken by a professional photographer and I donated back any of the photos the family may have wanted back to the family. What I did not do, however, was post any of this on my social media pages or web sites. I was disappointed to see that another photographer was posting these things on their site and I felt they were using this tragedy as a cheap promotion for their own business. I refuse to exploit the tragedies of others for my own gain and I have held my thoughts on this for years now, hopefully a sufficient amount of time, before sharing. 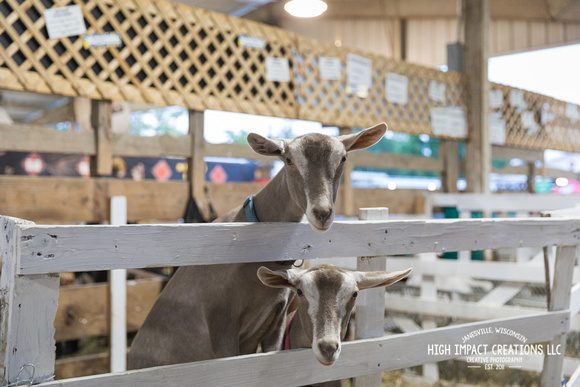 I really didn't have enough time to take in everything at the fair when I went out there later in the afternoon yesterday. I made it through the barns but didn't get to see the crafts  and other skill demonstrations as those buildings were shut down by the time I got out there. But for good reason: I seemed to run into someone I knew every 10 feet or so and I enjoyed catching up! Past co-workers, past co-volunteers, past clients, and old friends I haven't seen in some time. They all seemed to be at the fair. My number one goal for attending the fair yesterday was to take some after dark "light painting" photographs on the midway. These are long exposure photographs of the rides. I'll share one here as an example but the rest will be in a different post--one that isn't quite so lengthy and rambling as this. 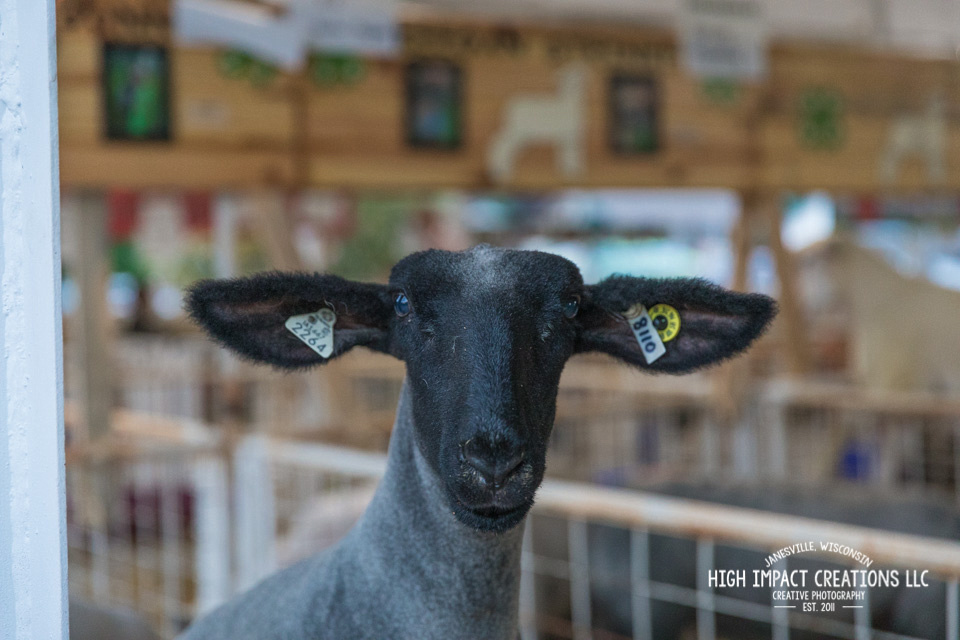 So I reminisced about growing up and going to the county fair as a kid and, in doing so, I find that my trips to the local fair as an adult really haven't changed. I still love seeing the families of the agricultural community working hard and carrying on farming traditions, but I also like to spend time down at the midway where the swirling lights and loud music still dominates. Here is a light painting photo from last night. Keep watching my blog page for a post with more light painting photos. 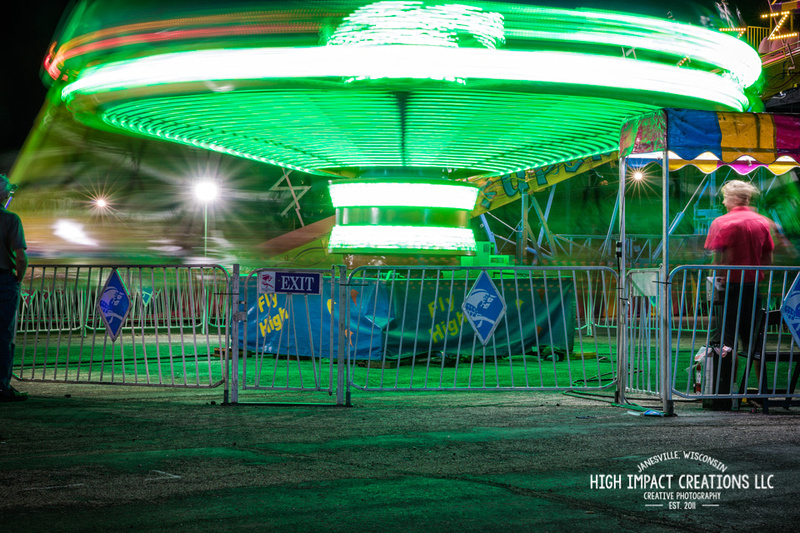