If You Build It, They Won't Come (Part I) 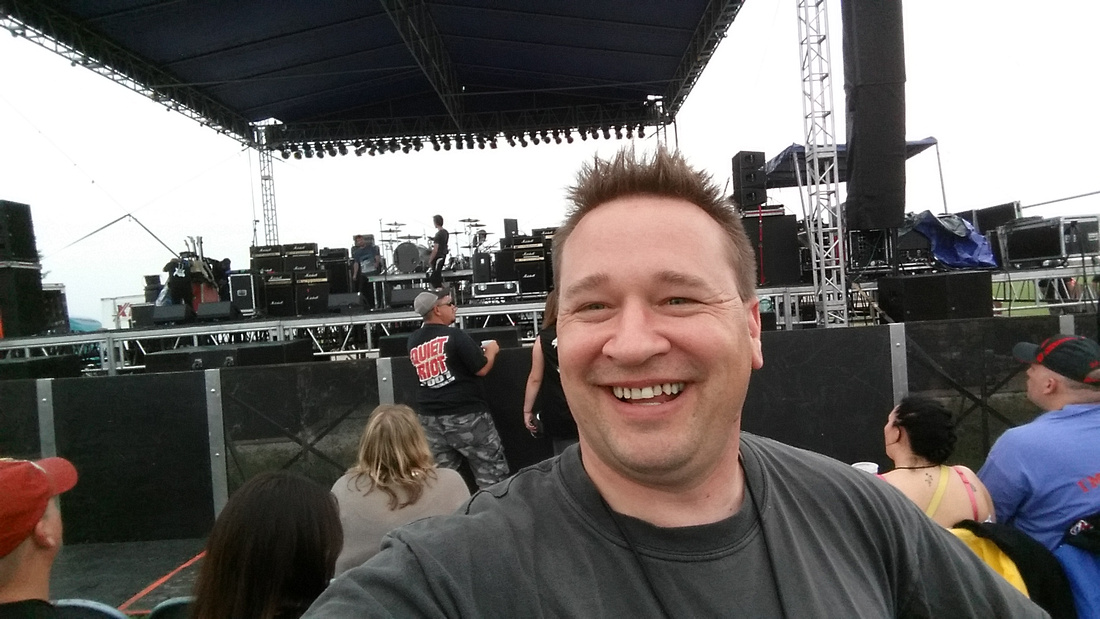 Anyone that knows me well knows that I have a broad appreciation for music, and when I say "broad" I mean different styles. I like electronic dance music and the various sub-genres associated with it, I like classic rock, rock, southern rock, some of the more tasteful country (don't torture me with bro-country please), classical, yes I appreciate classical music as well. But I hold an especially fond appreciation for metal, particularly hair metal! I grew up listening to the likes of Motley Crue, Ratt, Quiet Riot, Guns n Roses, Iron Maiden (favorite alert), AC/DC, Metallica, Judas Priest,  Dangerous Toys, Sepultura, Megadeth, etc., etc., etc. Heck, anyone that is friends with me on Facebook knows that I like to post YouTube links to old 80s videos.

Given my love for all things rock n roll I jumped at the opportunity to attend an event in Waukesha yesterday that featured a lineup of bands that were big in the 80s. This outdoor show featured Warrant, Lita Ford, Firehouse, Quiet Riot, and Eric Martin of Mr. Big. I purchased VIP tickets a few months ago and held this day open. I turned down a few photo shoot opportunities and the income associated with it. To be safe, I kept today open as well so I wouldn't show up at a shoot in, well, less than stellar condition. Just to be safe, my wife booked a hotel room near the show so that we could safely stay off the roads after the show. Unfortunately, that meant that our two dogs, Radar and Macy, had to spend the night at the kennel. Of course, we feel guilty so we make sure they have some meaty bones to naw on while they are there.

Just as we pulled into the parking lot for the show, rain drops begin to fall. Fortunately, it never really rained out heavily, I would categorize it as sprinkles with brief periods of light rain. This went on for a couple hours. Remember, this is an outdoor event and grounds were a bit soft from the abundance of rainfall over the past week already. My initial impression of the event was that the attendance seemed a bit light. We had gotten there early so I didn't think much about it. One aspect of the venue did strike me as odd though, and that would be the absence of any sponsorship banners or signs. I would expect logos from beer companies, perhaps some logos from health care providers and such. I know it sounds odd to mention health care providers sponsoring a hair band concert but keep in mind that the audience is almost all 40 years old or older!

The moment I entered the VIP area, I heard other guests complaining about such things as drink tickets: some of the guests thought that the VIP ticket included unlimited drinks. At the gate we were given 3 drink tickets. We were also given a ticket to get a dinner from the caterer. Honestly, I think having an open bar in the State of Wisconsin is one heck of an expensive proposition so I wasn't even planning on getting beer tickets with the VIP ticket. My expectation with the VIP ticket was simply to have a goo place to sit up front--and the ticket delivered just that.

As the show began, Eddie Trunks came out to handle emcee duties. Eddie Trunk hosts "That Metal Show" on VH1 and he has a nationally syndicated radio show. Eddie introduced Eric Martin, who is the lead singer of Mr. Big. Remember Mr. Big? They had a couple of hits like, "To Be With You" and "Wild World."

Following a handful of songs by Eric Martin. Eddie Trunk and Eric Martin came down to the fence line to give some autographs and pose with fans for photos. Eric Martin, in particular, really spent a lot of time chatting with fans. Oddly, while this was going on, the activity on the stage was strangely lethargic. Firehouse was supposed to play next but rumors soon began to work through the crowd that Firehouse wasn't going to play because the promoter didn't have enough money to pay them. There were other rumors as well, such as the band getting tied up at an airport. Soon, stagehands removed the Firehouse drum set and gear so that Lita Ford's stage was ready to go. Some more time went by before someone finally got up on stage and announced that the show would be postponed. The announcer didn't give an explanation.

Eddie Trunks made some Tweets on Twitter where he said everyone, including himself, had just found out that the promoter could not pay them the contracted amount of money. That being the case, the bands decided not to perform. Who could blame them? Firehouse charged $10,000 for the show. Some angry fans made posts on band Facebook pages suggesting the bands should have played anyways because they were there and the fans were there. I believe that doing so would have opened up a can of worms where promoters book bands without ever intending to pay them, and then expect them to play for free or at a much reduced price. I applaud the bands for sticking to their guns on this.