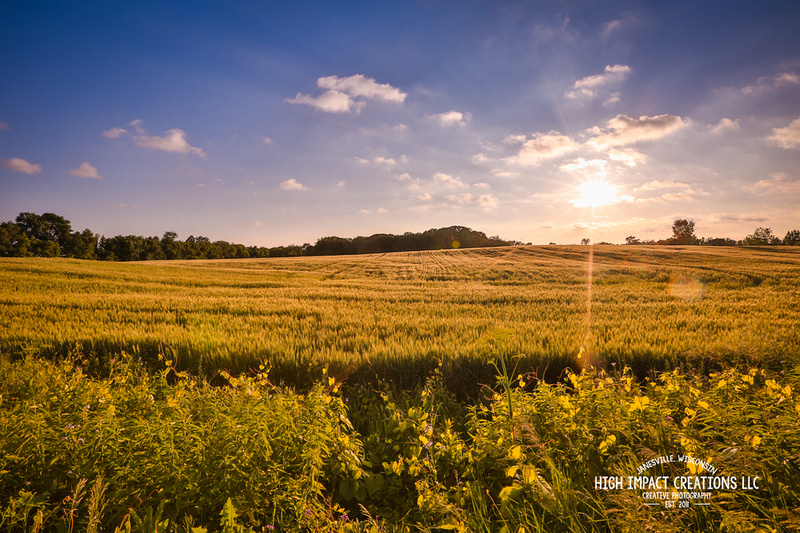 Well this is, quite literally, epic! I missed the picture a day project that I dropped exactly one year ago. I've been waiting for some time to pick it up again and, given that the last picture a day post was on June 10th of 2013, I thought today would be the perfect day to relaunch the project.

I think one of the reasons why I wanted to pick the project up again at this time of year is probably because of agriculture. I grew up working farms in Fond du Lac County. Because of that, I still pay attention to everything going on in the Wisconsin countryside. During the last couple of weeks, farmers across the state harvested the first crop of alfalfa (hay.) When I was growing up I never passed up an opportunity to earn a buck by unloading hay wagons or stacking bails of hay in the barn. Sometimes I would have the opportunity to rake the hay beforehand as well. The tractor of choice there was an old Case SC. This particular Case SC model had the narrow wheeled front end and a hand clutch. The hand clutch was great seeing that I was a pretty small guy and I probably couldn't reach the pedals otherwise.

I saw an old, rusted out hay baler on a flatbed hauler a few months ago while I was on my way to a photo shoot in Germantown. Actually, the trailer was moving slow and I was stuck behind it for several miles. But that was about the point where I decided I wanted to pick up the photo a day project again so that I can share some of the summer farming activities that I encounter in my travels across Wisconsin--and my travels almost always detour through the countryside!

This field isn't a hay field, it is wheat. Given that today is June 11th, harvest really isn't that far off. Look for combines to be out in about 5 weeks from now. Combines separate the grain from the stalk and leaves the stalks or straw, in the field. Straw is baled just like hay and used for cattle bedding. Wheat and oat crops leave the byproduct of straw.

This picture was taken on Newville Road just north of Janesville, WI. Actually, this is about 3 pictures stacked on top of each other using the HDR feature of the camera. The lens is a 16-35mm Canon L series.

Thanks for stopping by and checking it out.