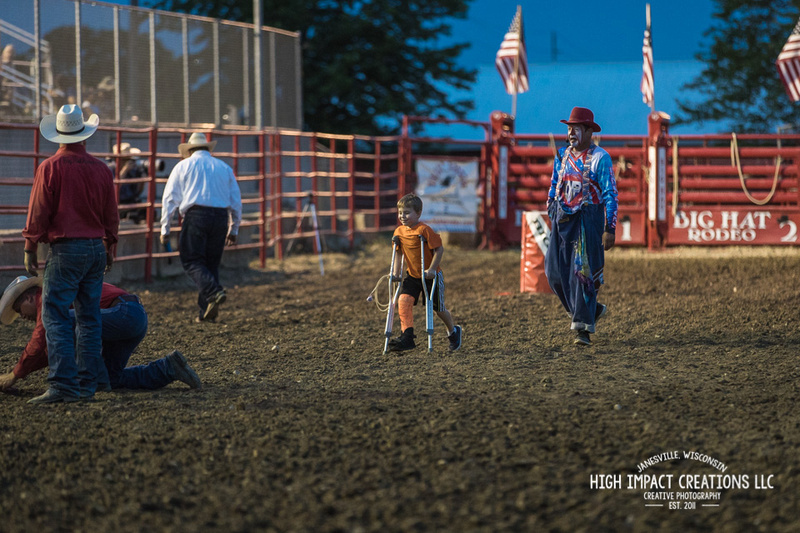 This is a photo from the Big Hat Rodeo in Union Grove last night immediately after the boot race. The boot race is an event where all the kids come down to the center of the arena. Each kid tosses one boot in the pile then proceeds down to the beginning line, which is at the end of the arena. The first 3 kids to run back to the center, put their shoe back on, and run back to the starting line, are the winners. At any rate, this young man comes down wearing a cast and crutches knowing there was no way he was going to place in that race. But he did it anyway and he stuck to his guns.

That really sums up the spirit of the rodeo competitor--at least as far as my observations go. I've seen bronc riders get on a bronc with broken ankles or broken ribs and still give it their best. Barrel racers sometimes get out to the first barrel only to find out their horse has other plans but they still work through and complete the ride. That's the attitude: get in there, give it your best shot, stick with it until the job is done.

The kid in this photo was just given a rope by the one of the calf roping competitors as a souvenir. Perhaps some day this kid will compete in the rodeo! 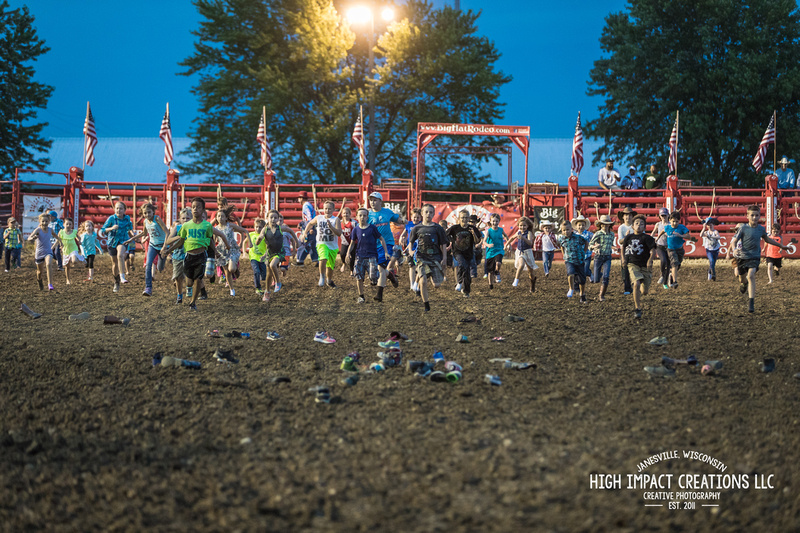