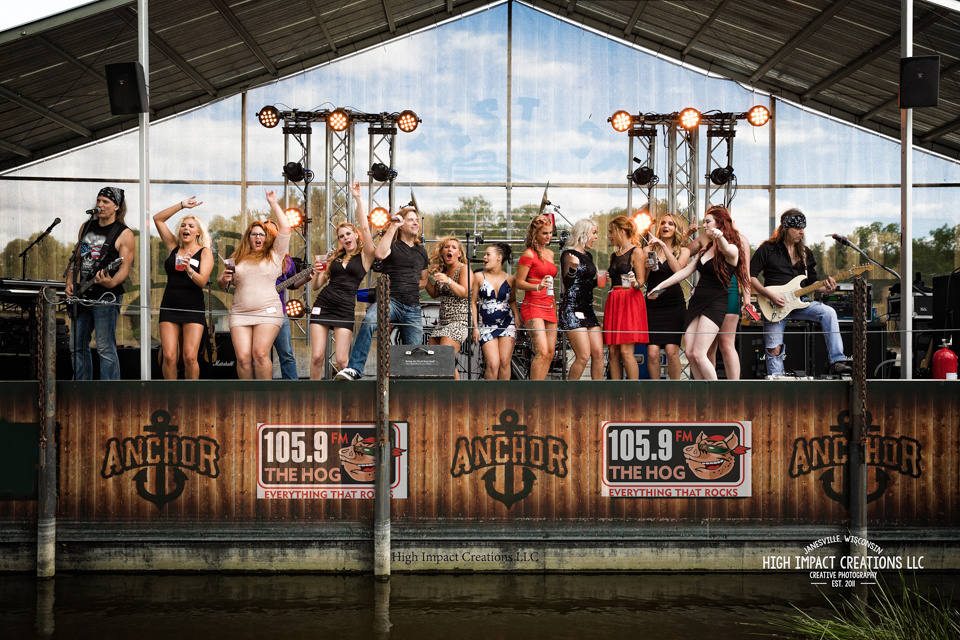 Sunday afternoon officially marked the beginning of the 105.9 The Hog 2019 Rock Girl Calendar contest. As I mentioned previously, this year brings major changes to the contest, starting with the venue. The Anchor Inn up in Newville is the new home of contest. The Anchor's new owner, Kevin, and the entire staff really know how to draw a crowd and keep the good times rolling. If you haven't had a chance to get out there yet, find the time! I find myself visiting there more and more frequently these days both for the food and for the entertainment. The Anchor Inn pulls in live entertainment all weekend long. Sometimes a single musician will in the dining area and, at other times, they book top bands from Milwaukee, like the Toys and Cherry Pie.

Such was the case on Sunday: Cherry Pie came out and just rocked that event. Between the calendar contest and the band, the place was packed! I don't ever recall seeing a bigger crowd for the calendar contests. Now, with a name like Cherry Pie, the music better be good. Somehow "good" doesn't quite cover it. These guys were awesome! They covered all the best 80s hard rock and metal favorites and they did it without butchering a note! Admittedly, this is the first time I had a chance to see them but rest assured: I won't miss another visit whenever they come around!

Besides the abundance of musical talent and great taste, they guys in Cherry Pie were down to earth and very accommodating of the contest. Normally, I would make sure the girls all get up on the stage for a dance at some point but I was reluctant to intrude on the band given the tight space up there. Regardless, the girls all ended up on the stage for a couple of songs and band worked right through it. The top photo is from that moment. Hats off to Cherry Pie. 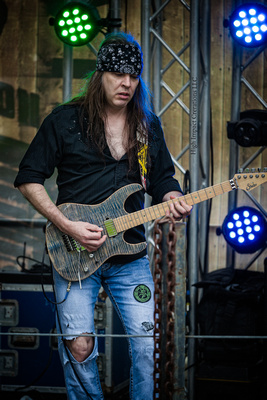 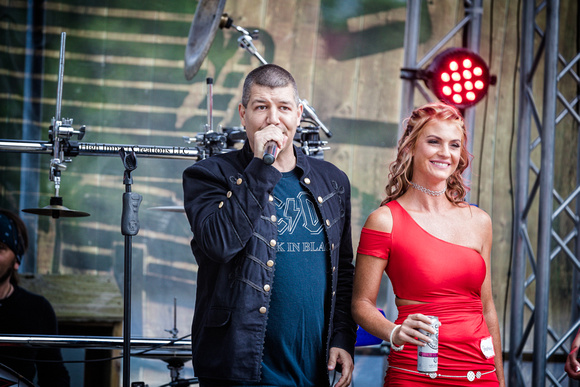 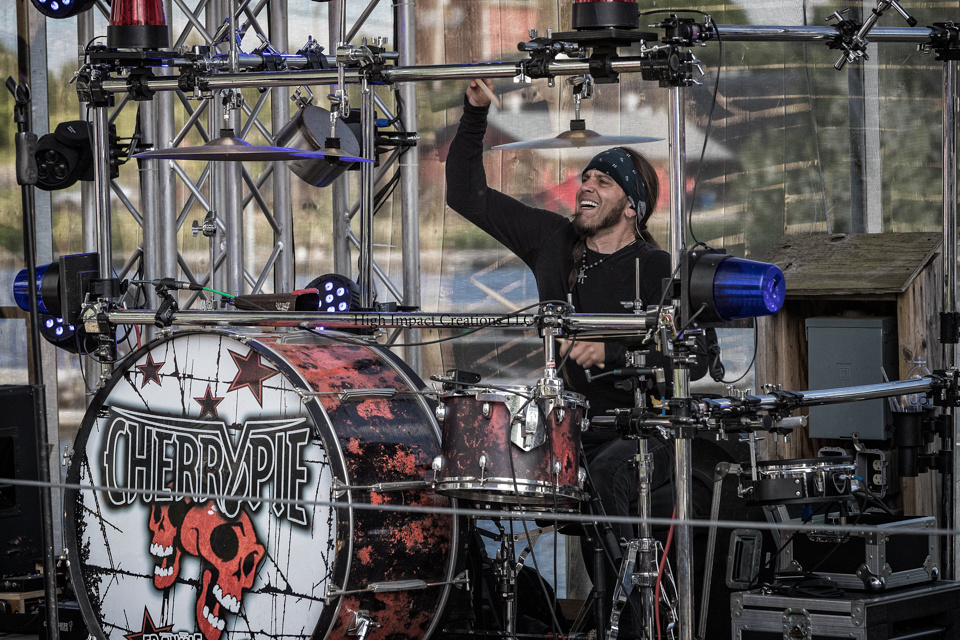 That girl in red is Stephani, one of the Rock Girl hopefuls. This picture doesn't quite capture it, but the drummer is shredding one of his drumsticks here--which I think was the ending of "Sweet Child 'O Mine."

Here's another shot of some of the contestants up on stage. 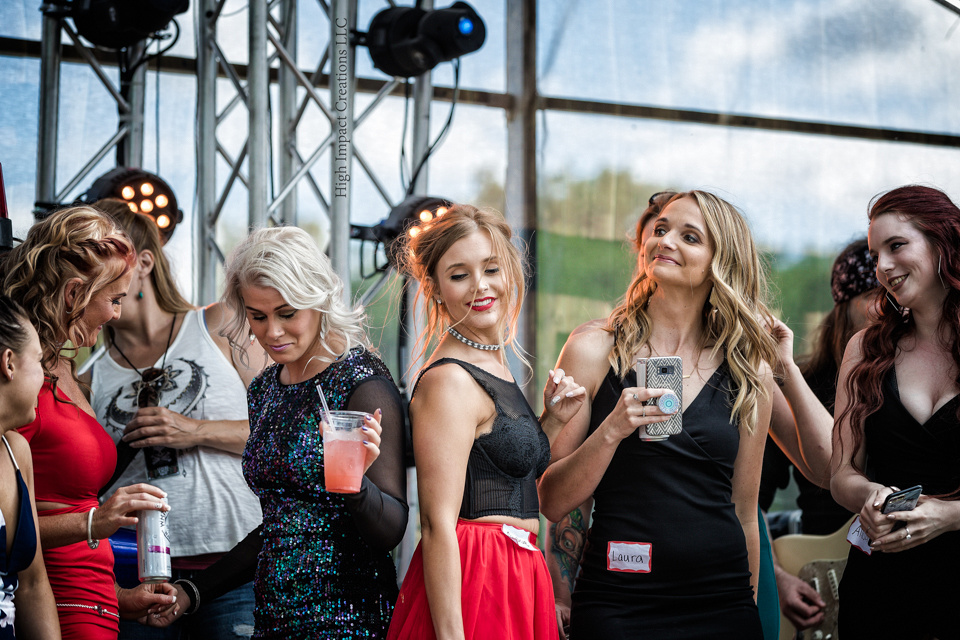 I'll be adding some more blogs featuring more event photos as the week rolls on. But here is a couple of more random photos from the event. 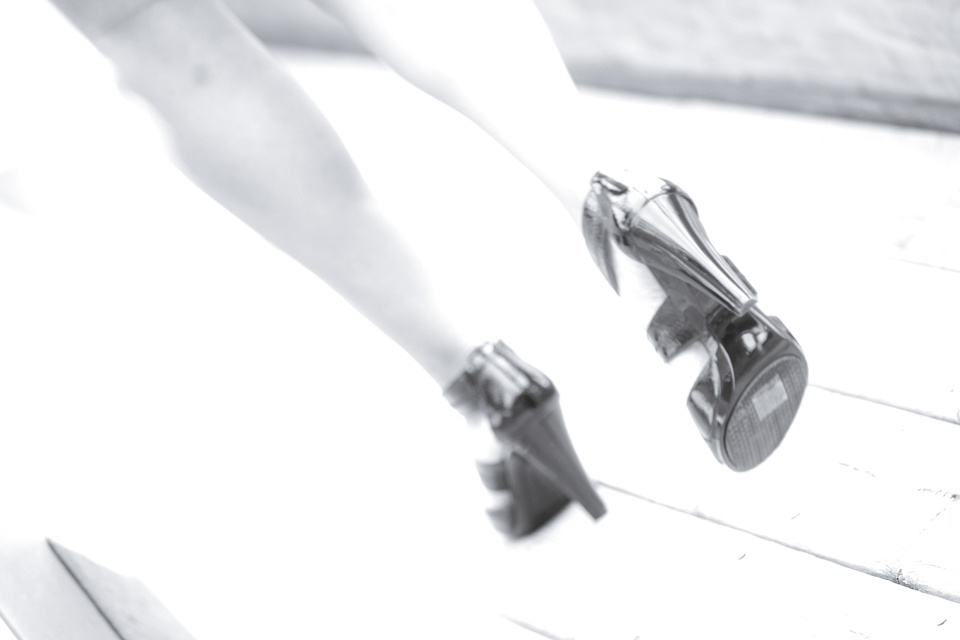 High heels on the catwalk to the stage. Normally, a photo like this just wouldn't fit into my final offering of photos to an event client. I might share something like this on my Facebook page though. Photographically speaking, this photo doesn't have much merit. Artistically, I always like throw in random stuff like this--particularly for boudoir oriented shoots. 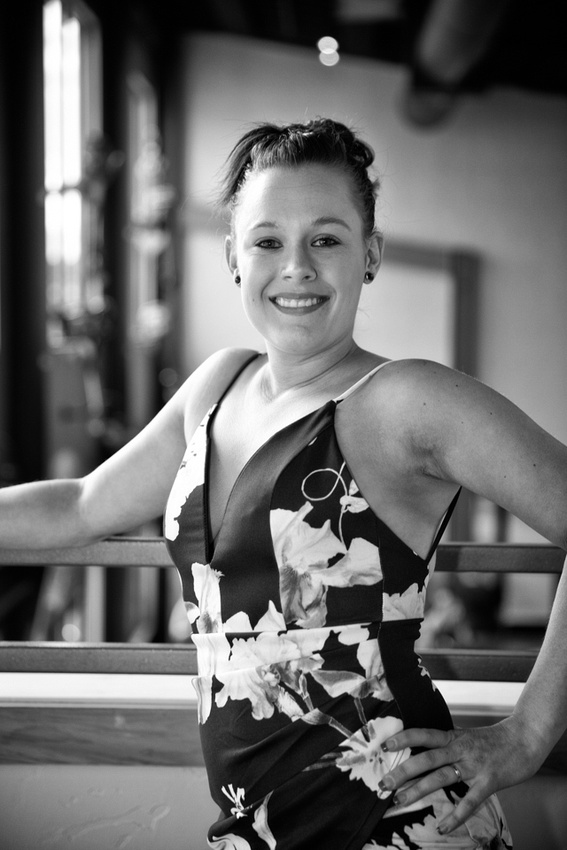 To the left is a photo of Rock Girl hopeful Aimee. She was kind enough to lend me her smile while I was scoping out areas to take the headshots of the contestants. I was hoping to avoid fighting the sun outside but this was looking too much like portraiture and not enough like rock girl headshots so I scrapped it. I'll share the headshots in a later post.

This wraps up this blog post. I'll be sharing another post shortly with more photos and stories from the contest.